St. Anthony of the Desert 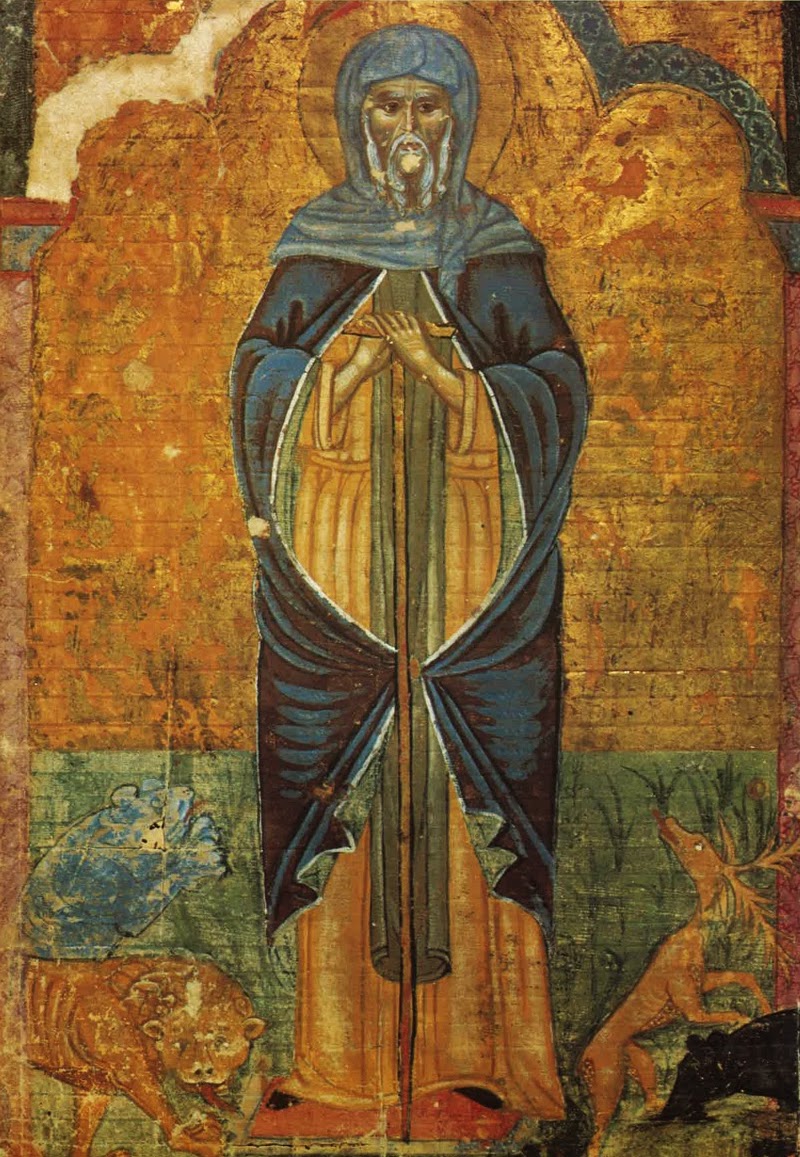 “A time is coming when men will go mad, and when they see someone who is not mad, they will attack him saying, “You are mad, you are not like us.”  ~ St. Anthony of the Desert

St. Anthony was born in Egypt in 251 A.D. One day, while attending Liturgy, he heard the words from the Gospel of Matthew that Jesus spoke to a wealthy young man, “If you would be perfect, go, sell what you possess and give to the poor, and you will have treasure in heaven; and come, follow me.” Deeply impressed by these words, St. Anthony decided to do just this, and in 285 A.D. he went alone into the Egyptian desert to live an ascetic life in complete solitude, wholly dedicated to God.

His life consisted of praying, meditating, fasting, and staying awake for days in order to overcome temptation. As he underwent further spiritual struggles, he slept on the ground, had visions, spoke wisdom to visitors, and eventually, his reputation attracted followers to whom he became a spiritual father. As a result of his life and efforts, St. Anthony is considered the father of monasticism.

St. Anthony did leave the desert on at least two occasions, both times to travel to Alexandria. Once to comfort the persecuted Christians there, and another time in 325 A.D. to support Bishop Athanasius at the First Council of Nicaea. After returning to the desert, St. Anthony died in 365 A.D. at the age of 105. His resting place is still unknown.

Of course, Christian monasticism, as it has been practiced up to today, owes its influence to St. Anthony, but how is the life of St. Anthony at all relevant to those of us who are not monks? Well, as counter-cultural as his life may sound, he sacrificed all distractions that would get in the way of being with God. Whatever it took. That is why he, among other Desert Fathers, serves as a model of early and authentic Christian spirituality. Even today, as urban dwellers, we are called to the same kind of dedication. We don't have to move to the desert, but we all have misplaced priorities and distractions. St. Anthony can point us toward the end for which we were created. To follow Jesus, whatever it takes.

In his inspirational account of the life of St. Anthony, St. Athanasius wrote, “Anthony was not known for his writings nor for his worldly wisdom, nor for any art, but simply for his reverence toward God."

For what will we be known?

Image: St. Anthony surrounded by beasts of the desert. Frontispiece to the earliest Lives of the Fathers, Caffa (Crimea), 1430.
Posted by vozz at 4:19 PM 2 comments: