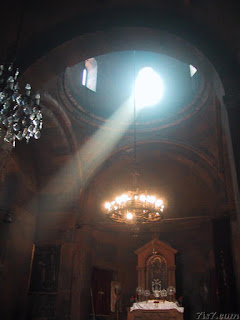 In the text prior to this portion of Scripture, we see Jesus identifying select individuals for a specific purpose, i.e. His Disciples. In this passage (Matt. 4:23-25), we see that Christ’s message is not just for a select few, but that the gospel of the kingdom is universal; for all people, everywhere. We also see Jesus becoming, not only well known, but followed by many. But why are so many people following Him? Or WHAT are the people following?

Notice in the text, that it says Jesus went about teaching, preaching, and healing. At a first reading, we might tend to think of these actions as separate, or disassociated. On the contrary, every aspect of Christ’s ministry was connected, associated into one holistic message. His teaching, preaching, and healing were the same message, and not separate actions. In other words, the gospel of the kingdom that He was teaching and preaching was attached to His signs, which in turn made His signs a message of who He is; the Person of Christ, the incarnate Word of God; redeemer and healer of the world.

Perhaps, out of the crowds that were following Jesus, some of them were just following Him as a magician, ignoring the message of the gospel that was communicated through His works. We do know that many abandoned Him at the last hour, and many even advocated for His crucifixion. Perhaps, at times, we are like those who follow the signs of Christ, and not the Person of Christ. It’s easy for us to reflect on specific trials in our lives, in the past or in the present, where this could be the case. In my own life I can recall a very definitive trial, where I was so focused on receiving a sign from God, that most of the time, I missed out on the “joy” of my trial as James writes about in his New Testament epistle. So, what are we to do?

With God’s grace, we need to see the biggest sign of all, which is even found within this text of Scripture. That Christ is revealed among us, and is present in the world. Kreesdos ee mech mer haydnetsav! That is the gospel of the kingdom! When we see who He is, through His signs and works, we trust and follow the Person of Christ, not just His signs, and we enter into and experience His kingdom.

Remember, Christ’s works and miracles were, and still are always about Him, and are always meant to draw us closer to Him, in order for us to become like Him. They beckon us to follow Him, because of who He is; because by His Word and through His works, He is revealed. His signs, and the Person of who He is, must not be separated. His preaching, teaching, and healing are one. We must be careful to not just follow a mere sign, but instead desire to become like Christ, the Person performing the signs. Otherwise, we run the risk of seeing Jesus as just a magician, someone void of a message, merely a performer of 'signs', and not a healer of our soul/body.

May we see Christ as who He is; Emmanuel; ‘God with us’, everywhere present...

...always giving glory to the Father, and the Son, and the Holy Spirit.
Posted by vozz at 12:16 PM 2 comments: